Below are the some of the publications by members of Redwell Writers, most recent first.

Some of this is Fiction 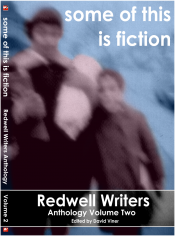 Derailed and Dispersed Volume One: Stranded in the Wilderness

A train derails on a remote line in East Anglia. Miles from anywhere, with passengers injured and no phone signal, the survivors wander down the tracks in search of help, but find themselves walking straight into a paranormal horror hiding in the darkness. Their lives will be changed forever. Join the survivors as they come together twenty years later to tell their story.

A young boy has disturbing memories. Could they reveal an unknown crime? What drove a meek accountant to engineer a dastardly booby trap? How unnerving is it when someone imitates your every move? WHat sinister secret lies in the quiet corner of a rundown farm?

The answers for these, and eight more mysteries, are tangled up in Twelve Twists of Fate.

A Midwinter Night's Dream: The Broccoli, the Stilton, and the Haystack 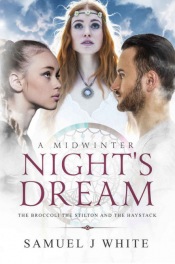 A book like nothing you have read before. In the strangest of situations, naked and cold, strangers Rob and Kat are entwined together both physically and through a series of shared dreams as they try to keep each other warm after a bizarre incident. Flashing between a deadly situation in the present and heartwarming dreams of the future. They must figure out what's really going before it's too late. A twisting romantic mystery with comedy and tragedy, ghosts and angels. A story to give hope to anyone who is lonely.

A Small Herd Of Cats 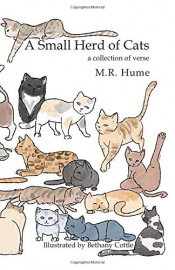 Ever wondered what a herd of cats looks like? Well, in this heart warming collection of verse for experienced (and in-experienced) cat lovers, you will meet Ol' Tom, Radish the Reckoner, Dusty Poofoot, Bertie, and many more. Written in varying poetic forms, from the whimsical to the tragic, it is a journey for all ages to enjoy. 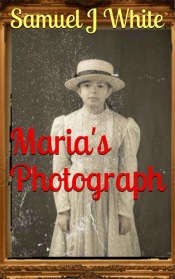 After being widowed in the second world war, young school teacher, Judith, moves to start a new life in a remote Norfolk village. Alone in her remote cottage for long evenings she often finds herself talking to an old photograph of a young girl which came with the house. When the girl begins to haunt her dreams Judith becomes involved in a terrifying ghost story. 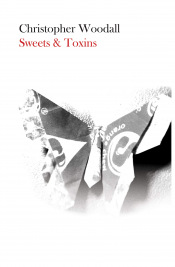 Sweets and Toxins is the first collection of short fiction to be published by this talented novelist and it marks him as a writer whose sharp eye for detail and feeling for people is a rare commodity indeed. He is one of the major English authors writing today.

The Dark Side of Mother Moon 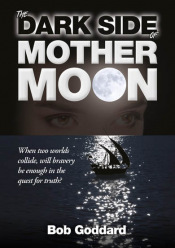 The sequel to Mother Moon.

When two worlds collide, will bravery be enough in the quest for truth? As the people of Earth uncover their astonishing origins, on the Moon a sinister secret is threatening to destroy society.Will a young man's recklessness bring the two worlds into conflict? Or can one brave woman save humanity from disaster? 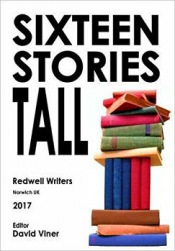 The first Redwell Writers anthology contains sixteen very varied stories from seven of the Redwell members. It has been well received by those who have already purchased it. 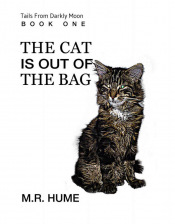 Scruffy is an abandoned kitten, left for dead, but is given the gift of nine lives by the mother-goddess of all cats. In return he must find her missing daughter, Si-Suwat, and return her to the mystical realm of Darkly Moon. Along his journey Scruffy makes a new family for himself, befriending other cats, and even a bird. Together they teach him how to survive and help him on his quest.

November may be said to have four protagonists: a group of night-shift workers in Southeast France; their friends, relatives, lovers, acquaintances; the factory in which they work; the work itself. The focus is on two and a half hours during one evening in November 1976 and the plastic die-casting workshop where the men are employed. Staggering in scope, November is a virtuoso performance—a contemporary take on the classical modernist novel, anatomizing the ways we live, think, and labour: what we've lost, and what we're losing.

When journalist James Trench witnesses the killing of an animal trainer in a Florida marine park he sets off on a whirlwind investigation with marine expert Cate Morell. Dark forces are stirring across the world's oceans. Whales and dolphins are sinking ships like 21st century Moby Dicks! The trail leads to the discovery of a blackmail attempt by an eco terrorist group which threatens world food and energy supplies, disruption to trade... and even the crippling of the United States' vital naval defence shield. But with every nation contributing to the imminent collapse of the oceans, who is the true guilty party? 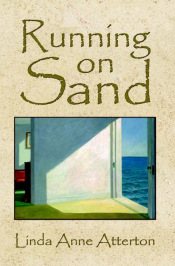 When Grace's father dies she is left with an uncaring mother and a brother, Chris, who becomes the centre of her world of sea and sand on the windswept North Norfolk coast. Grace's mother remarries, and her rich stepfather pays for Chris to go to boarding school. Knowing that his dream is to become a doctor, Grace lets him go. The price she pays for her brother's dream is her own nightmare in the hands of her stepfather. She finds a way to escape by pretending she is somewhere safe, by turning into something else. But how safe is the sea? How long can you hold your breath before you drown? When Grace, in desperation, turns to the sea for help what will the sea demand from her in return? This poignant story of love and loss pulls no punches. It carries us through sunshine and shadow to a terrible end that must become, somehow, a new beginning. . . 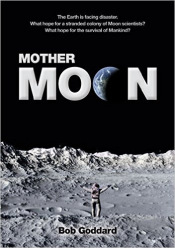 2087 – A colony of scientists is stranded on the Moon as the Earth faces imminent disaster. 1504 – A wooden sailing ship is navigating the dangerous waters of religious fundamentalism. Two events separated by space and time, yet destined to collide in a simple twist of fate. When a comet changes course and heads for Earth, the finger of blame is pointed at one country. The entire planet is thrown into chaos, while on the Moon a colony of scientists faces the bleak prospect of being stranded... forever. Will Cooper and Nadia Sokolova become unlikely allies in their struggle for survival. Can they make Armstrong Base self-sufficient before the food runs out? Will they ever see their families again? Can love conquer fear in one-sixth gravity? And what does a 16th century sailing ship and its grizzled captain have to do with their plight? Can he stay alive long enough to uncover the origins of all humans on Earth? Is this the end of Man… or the rebirth of Mankind? Only Mother Moon has the answers...